Entanglement to the environment is expected to restore the adiabatic development of the 4 qubit system by hindering the effect of the phonons. The geometric model has a single SQUID with supercurrent in one or the reverse directions, corresponding to spin 0 and spin 1. In the Josephson junction the electrons
are scattered by the atoms. In the Josephson junction the electron currents are normal currents and the electron wave functions, having non-zero amplitudes in the region of the atom nuclei, entangle with environmental modes. The result is a very long lifetime in each eigtenstate. 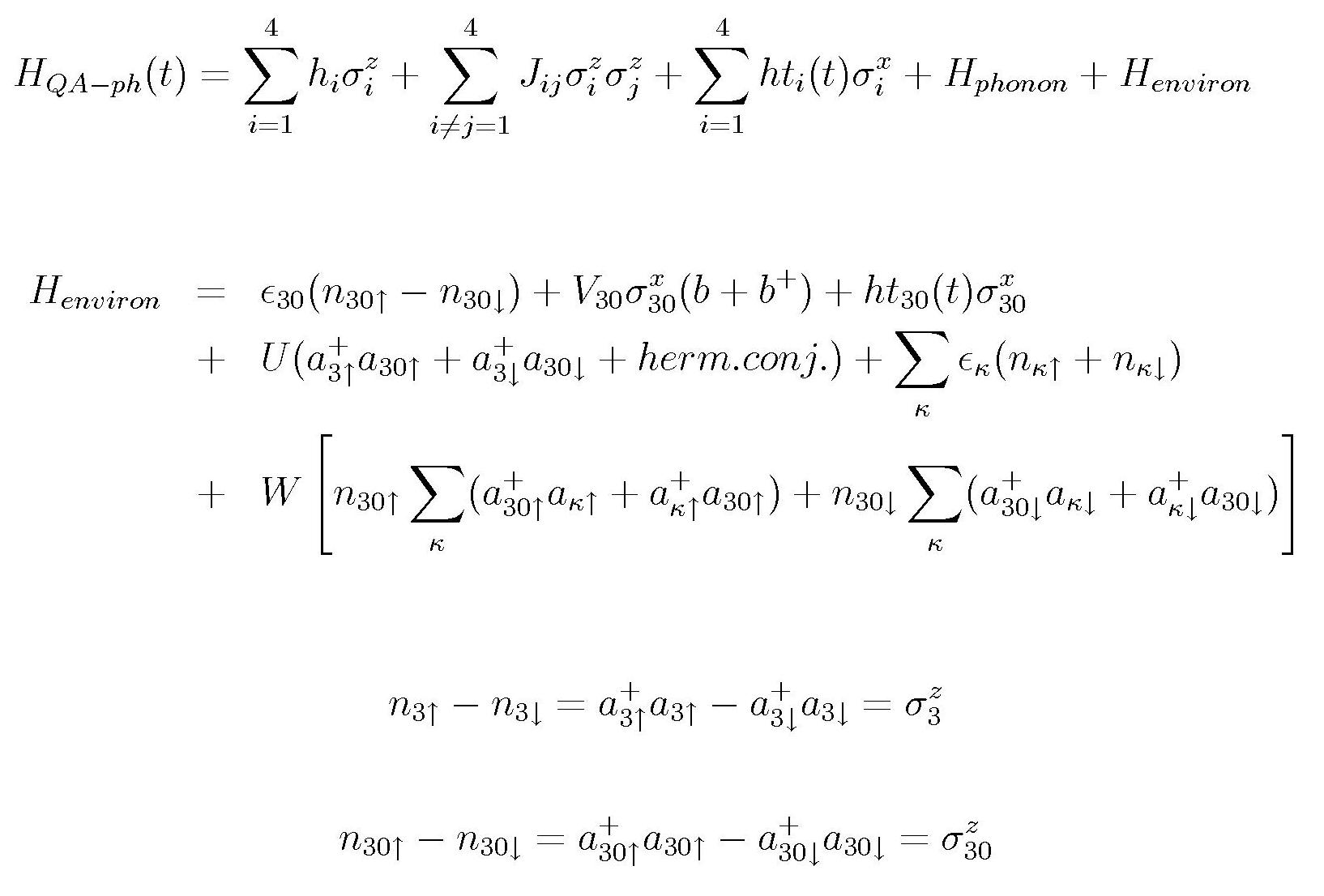 The additional degrees of freedom for the third qubit and the environs have to be introduced as additional components in the many-particle basis states: