An equally important point for a quantum calculation is whether the effects of interaction with the environment may spoil adiabaticity. As it has been shown that ''decoherence'' is eight orders of magnitude faster than the time needed for quantum annealing and computation \cite{chiorescu}, the question is how is coherence retained.

The entanglement to phonons of a single qubit in the 4 qubit system destroys the adiabatic time development. We introduce a single phonon mode as an additional component of the many-particle basis states: 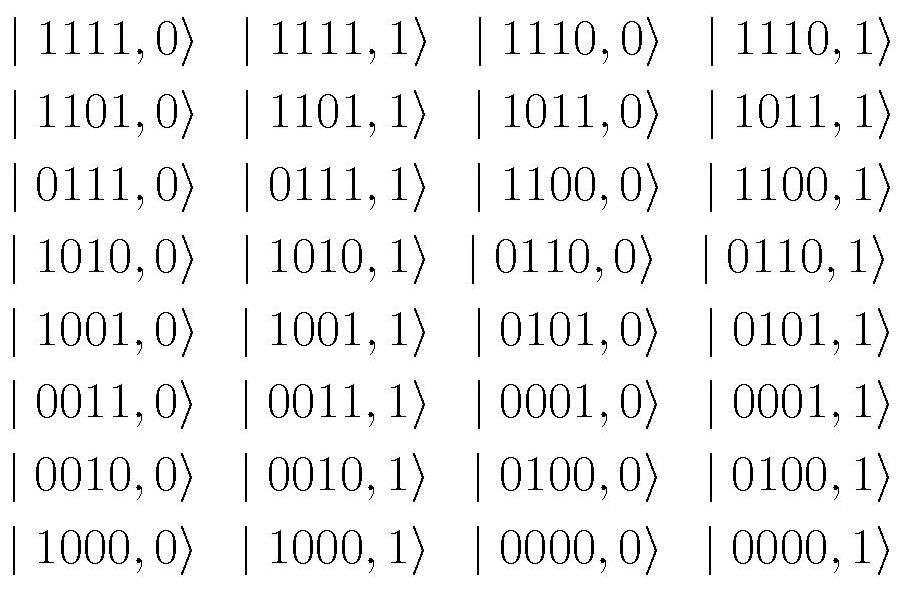 The Hamiltonian has an additional term due to the phonon and its interaction with, for instance, the 3rd qubit:

The term H{ph} is analogous to the Jaynes-Cummings Hamiltonian of a two-level atomic system, coupling to the phonon field with coupling strength V. b^+ and b are creation and annihilation operators for the phonon mode, \omega{ph}: the phonon frequency. 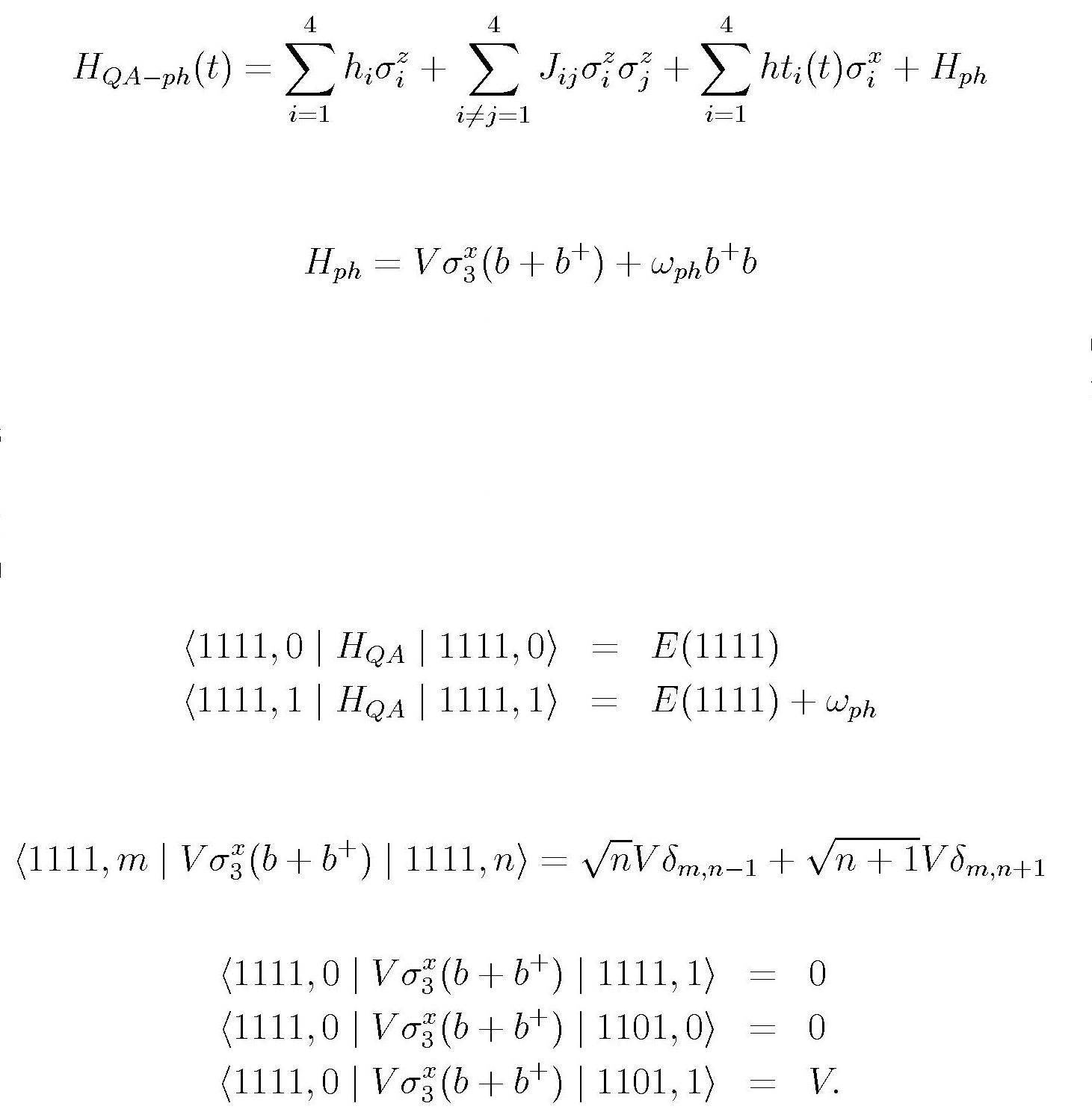 Thus, non-zero off-diagonal matrix elements of the Hamiltonian exist only between 4 qubit basis states with spin flip in the 3rd qubit, accompanied by a change in the state of the phonon.

The result of a sudden perturbation of the 4 qubit system by a single phonon mode is destroyed adiabaticity. Figure \ref{diab-V} shows that a fast entanglement to the phonon field around t=1000 perturbs the eigenstates dramatically and the system cannot recover the adiabatic development. 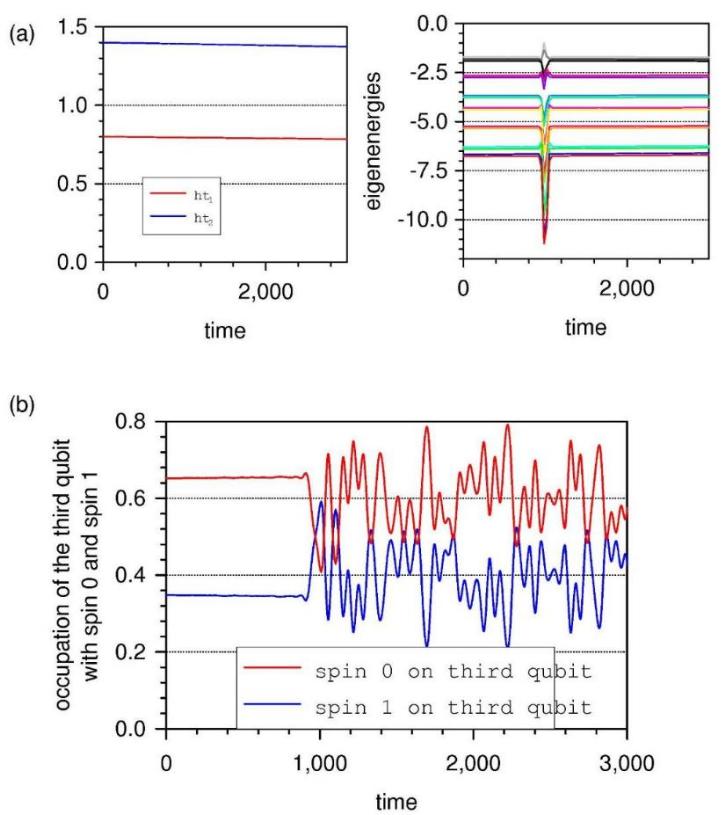 The spin on the third qubit, which is affected by the phonon field, flips completely arbitrarily after the destroyed adiabaticity, as the lower plot in fig. 10 shows.