A fast variation of the transverse magnetic fields {hti} with time leads to a diabatic development of the initial 4 qubit state, i.e. Landau-Zener transitions are possible. If a two-level system starts at time t=0 in a given state, for instance the global minimum state |GM>, the probability of finding it in the same state at t->+\infty at the time of avoided crossing with an excited state |exc> is (refs. \cite{landau,zener,dickson,amin}):

where \Delta is the tunnelling amplitude, which scales with the strength of the transverse magnetic fields. \frac{\rm d (E{exc}-E{GM})}{\rm dt} is the rate of change of the energy gap between the two states involved. Hence the probablity of a Landau-Zener transition in the excited state increases when the transverse magnetic fields warrant fast rate change of the energy gap. This can be seen in fig. where at the time when the external magnetic fields are reduced to zero the first excited state is occupied with nearly 17% probability. The choice of {hti} and their variation with time lead to fast reduction of the energy gap between the first excited and the global minimum state and the possibility for a diabatic time development. 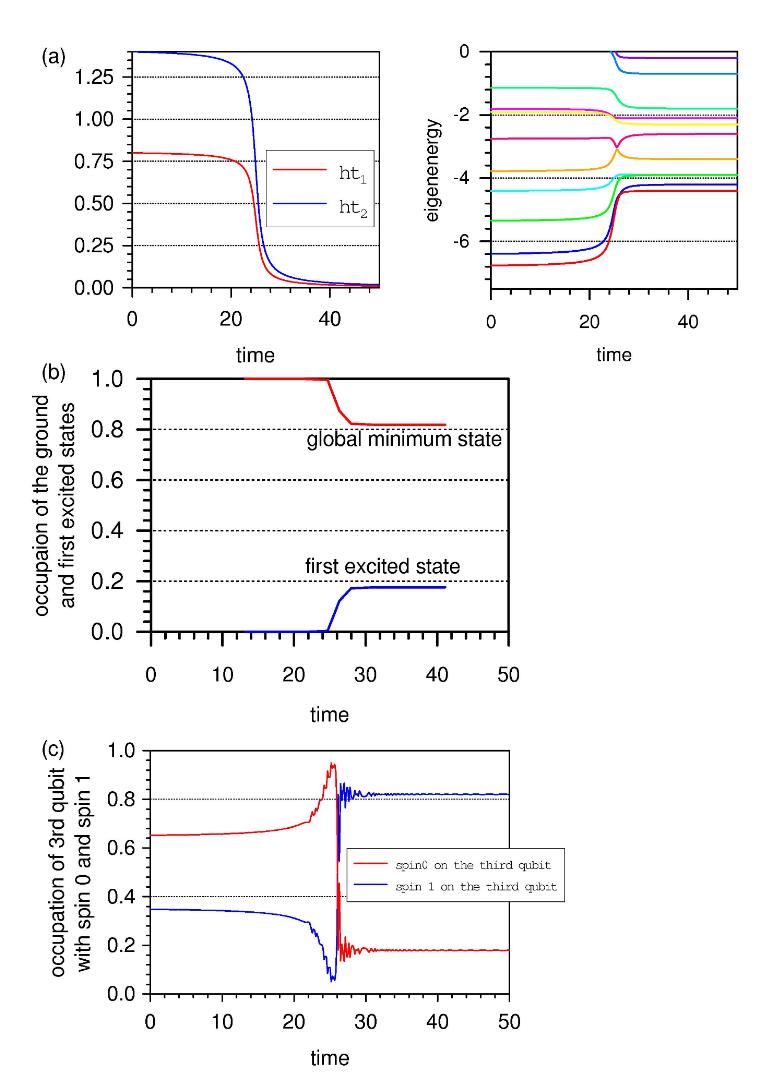 The initial 4 qubit state with a dominating component from the |0111> basis state shows a diabatic development and occupation of the first excited state of the order of 17% at the time of crossing between the two states. A spin flip is also observed (fig. c) and it is due to the fact that the main component of the first excited state is the basis state |1101> with a flipped spin in the third qubit.