Coherence and decoherence for a single qubit

A single qubit can exist in two states |0> and |1>. The Hamiltonian is: 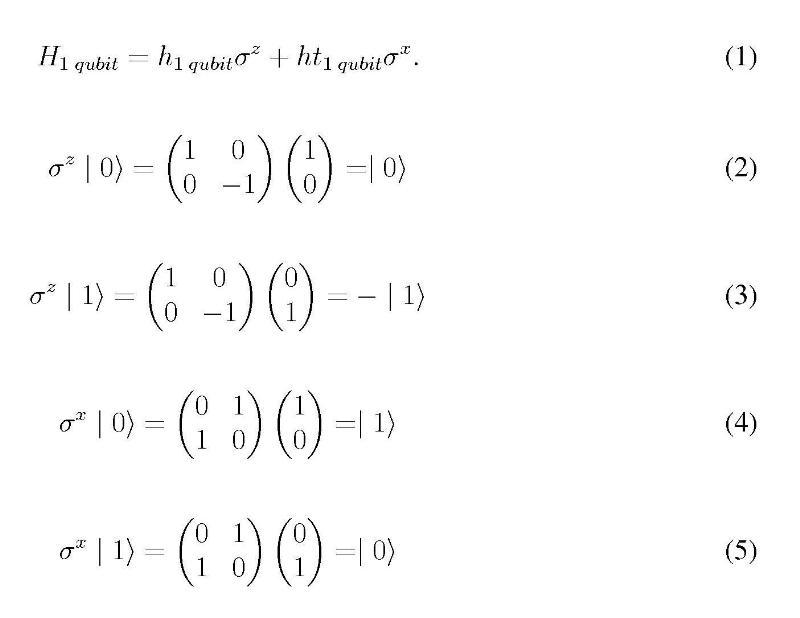 As it is expected, the time dependent Schrödinger equation, represented in this basis using constant time-independent values of the magnetic fields h{1\;qubit} and ht{1\;qubit}, results in Rabi oscillations between the basis states associated with a spin flip. 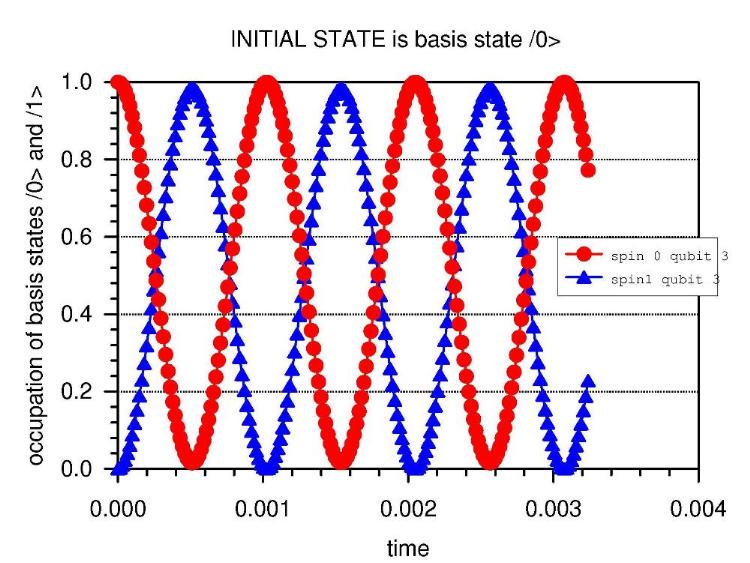 Fig. 1: Rabi oscillations between two states |0> and |1> of a single qubit,
solutions of the time-dependent Schrödinger equation with the time-independent Hamiltonian.

A single qubit in a Ramsey interference experiment is irradiated with a of 1-2 ns \pi/2 photon pulse in the rf range, which drives the qubit in a superposition of the states \mid \uparrow,photon\rangle and \downarrow,no \;photon\rangle. The amplitude of the Rabi-like oscillations is damped exponentially with time and achieves a finite value for the excitation probability larger than zero. This observation is interpreted as loss of coherence within 20 nanoseconds \cite{chiorescu}.

Fig. 2: Rabi-like oscillations between the two states \mid \uparrow,photon\rangle and \mid \downarrow,no\;photon\rangle of a single qubit,
in a Ramsey interference experiment with a 1-2 ns \pi/2 photon pulse (from \cite{chiorescu}).

Entanglement of a two-state system to environmental excitations, as it is treated within stochastic approaches with a noisy environment, yields a non-oscillatory exponential decay of the excitation probablity which at T=0K tends to zero, in complete disagreement with experiment.

A two-level qubit in a photon field entangled to gravonons is described with the following Hamiltonian, with which the time-dependent Schrödinger equation is solved: 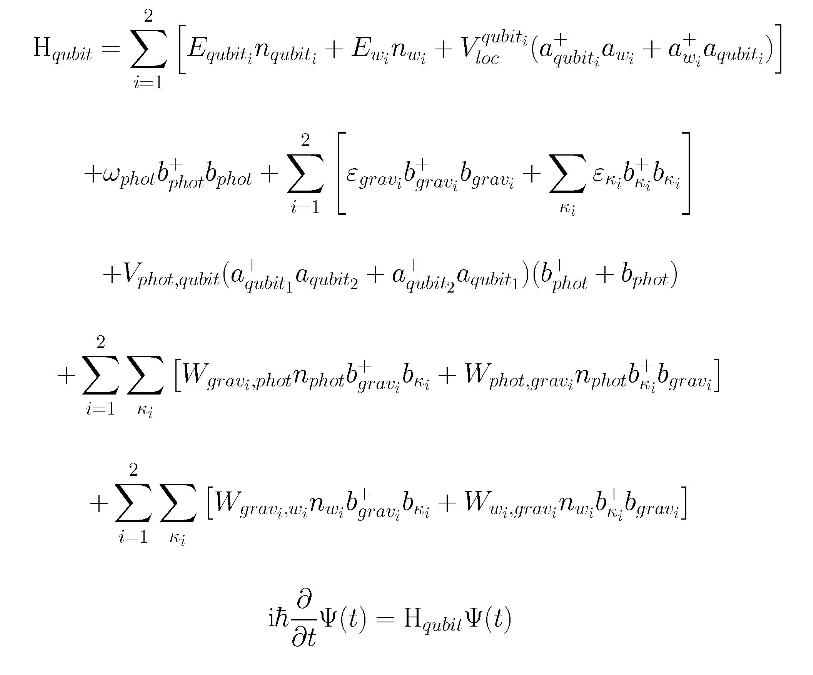 The decisive properties of the environment, the gravonons, are: high density of boson modes, weak and local interaction with the two-level qubit.

The gravitational interaction in 4dim according to Newton's law is very weak. In high dimensional space, e.g. in 11dim spacetime, it is much stronger at small distances, but decays much faster with the distance. The additional 7 spacial dimensions are hidden, they are compactified such that Newton's law is not violated at distances where it has been proved valid. Only gravitons can propagate, in addition to the 3 spacial dimensions, in the hidden dimensions as well. The compactification radius is estimated on the basis of diffraction experiments with matter waves to be of the order of 10^{3}-10^4 bohr. This is much larger than the Planck scale, however the theory of Arkani-Hamed et al. \cite{arkani-hamed} and experimental observations do not contradict this estimate.

Since the two current states \mid \uparrow,photon\rangle and \mid\downarrow,no\;photon\rangle, entangled with the photon, are no more degenerate, their mixing, according to Schr\"odinger equation, implies the mixing of off-shell gravonon field configurations to preserve energy. This leads to partial escape of the local current states in off-shell states with significant gravonon field components. The latter penetrate in the hidden dimensions which means that the local states \mid \uparrow,photon\rangle and \mid\downarrow,no\;photon\rangle involving the photon cannot change, hence the amplitude of the current configurations bound in 4dim spacetime is reduced. The time dependent total wave function: 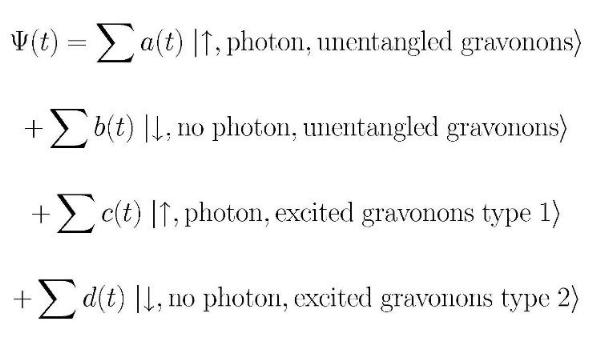 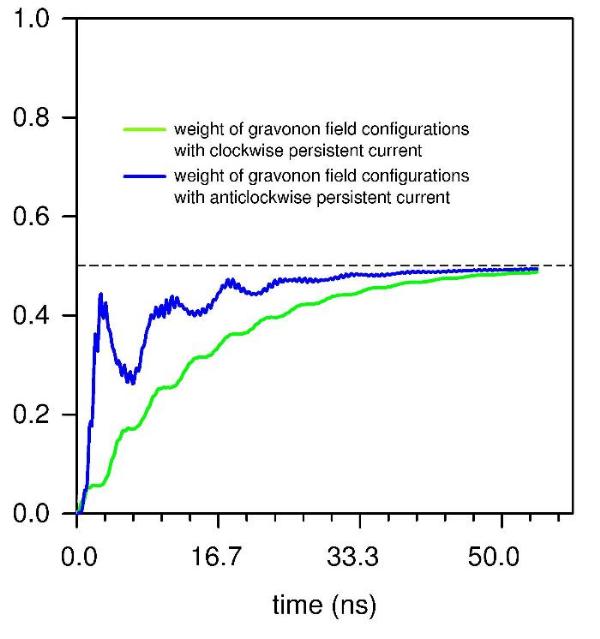 Fig. 4 Single qubit in a photon field which is entangled with the gravitational field.
Plotted: weight of gravonon field configurations entangled with persistent currents in the qubit
in the clockwise (green curve) and anticlockwise (blue curve) directions.

Therefore the local field components, i.e. the current and photon states, cannot change while the gravonon conponents
have escaped in the hidden dimensions. Rabi-like oscillations between the current states are not possible.
Despite the coherent time evolution of the total system according to the time-dependent Schrödinger equation, no apparent state changes occur. 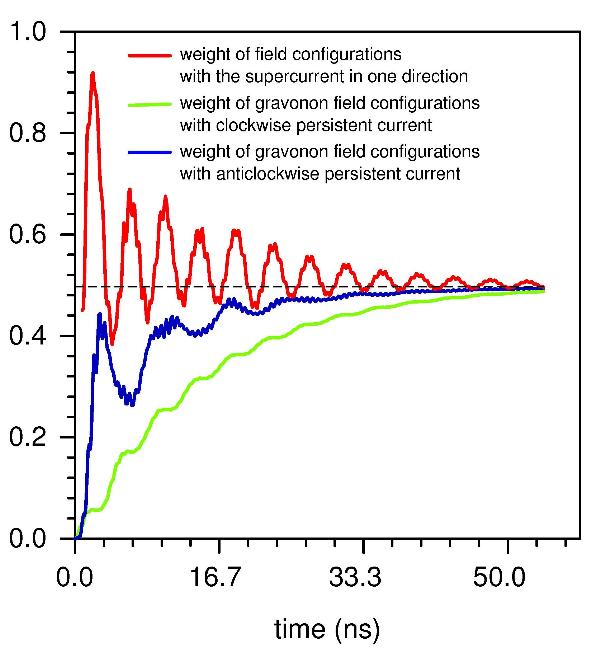